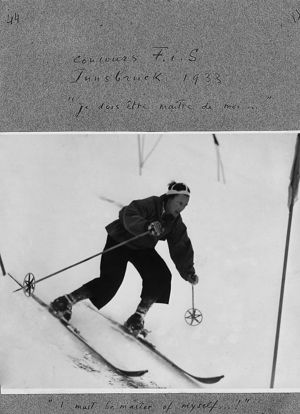 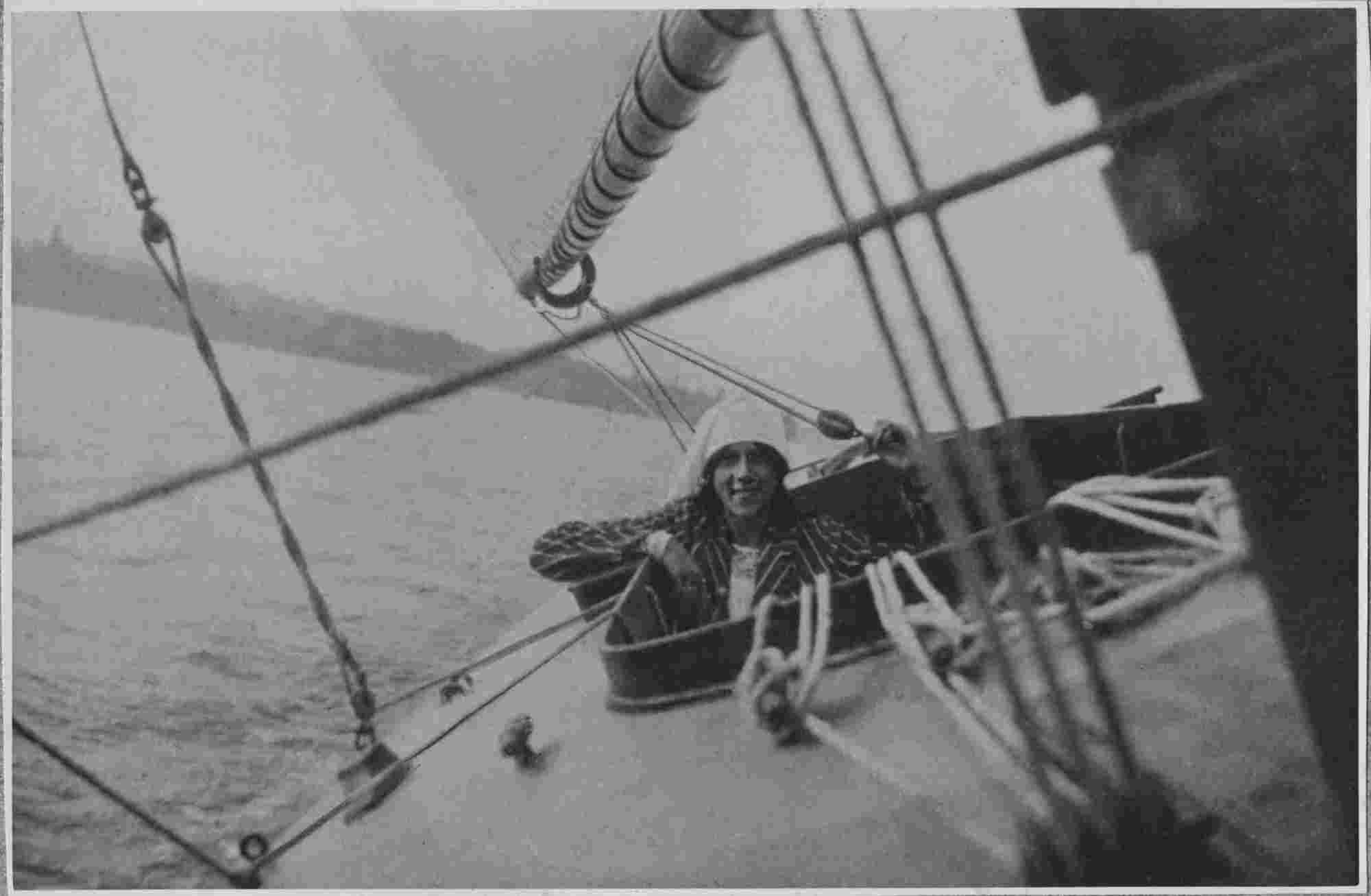 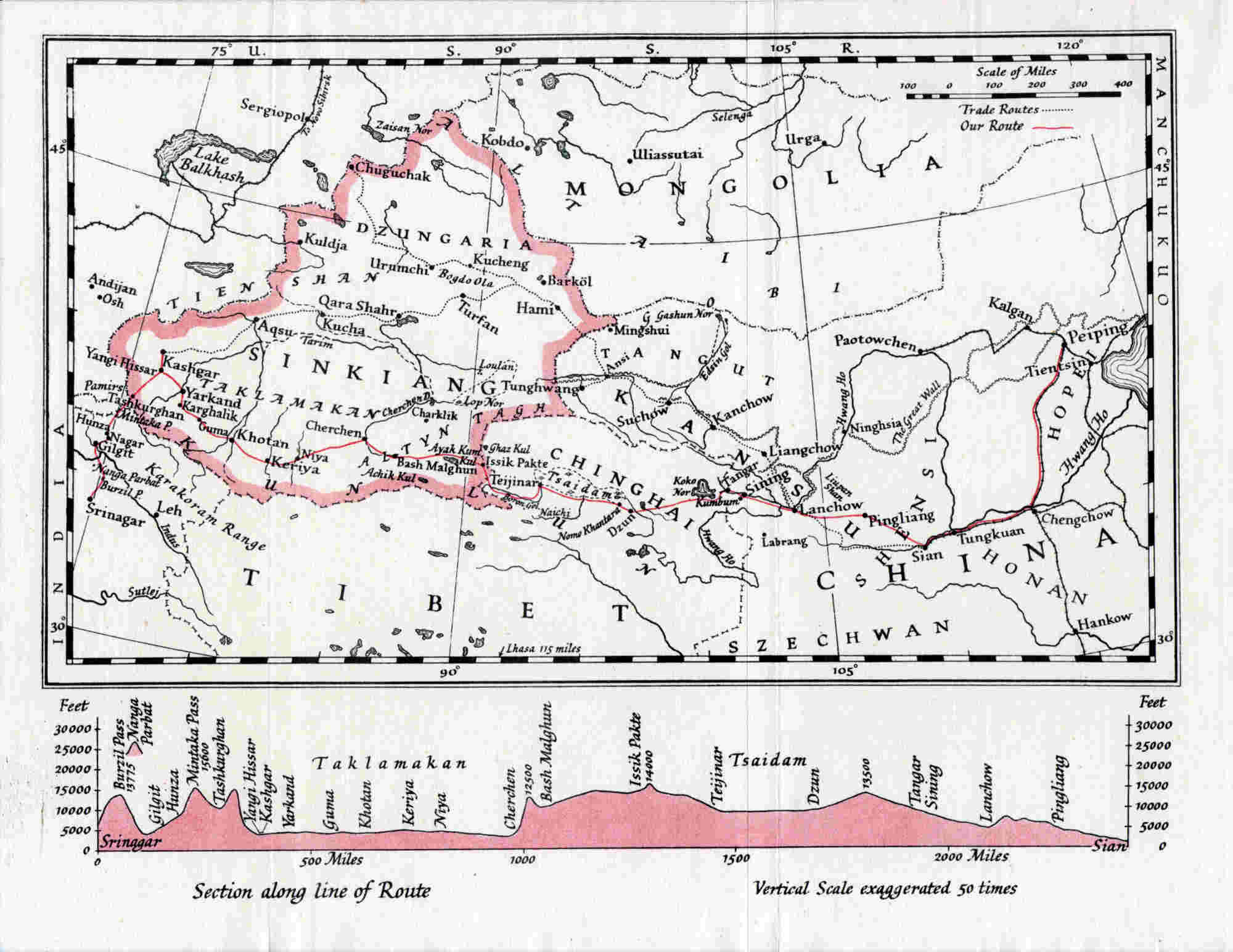 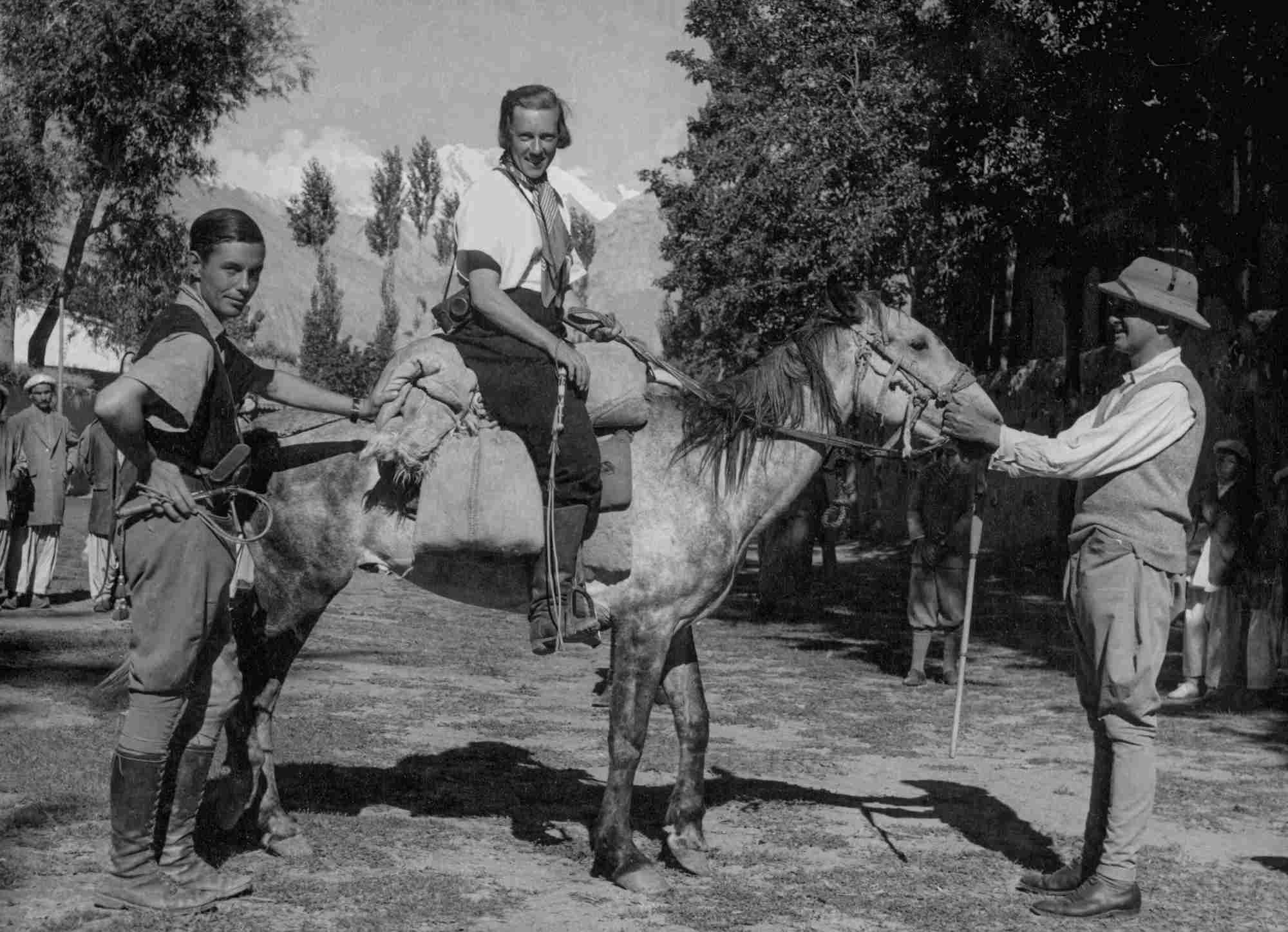 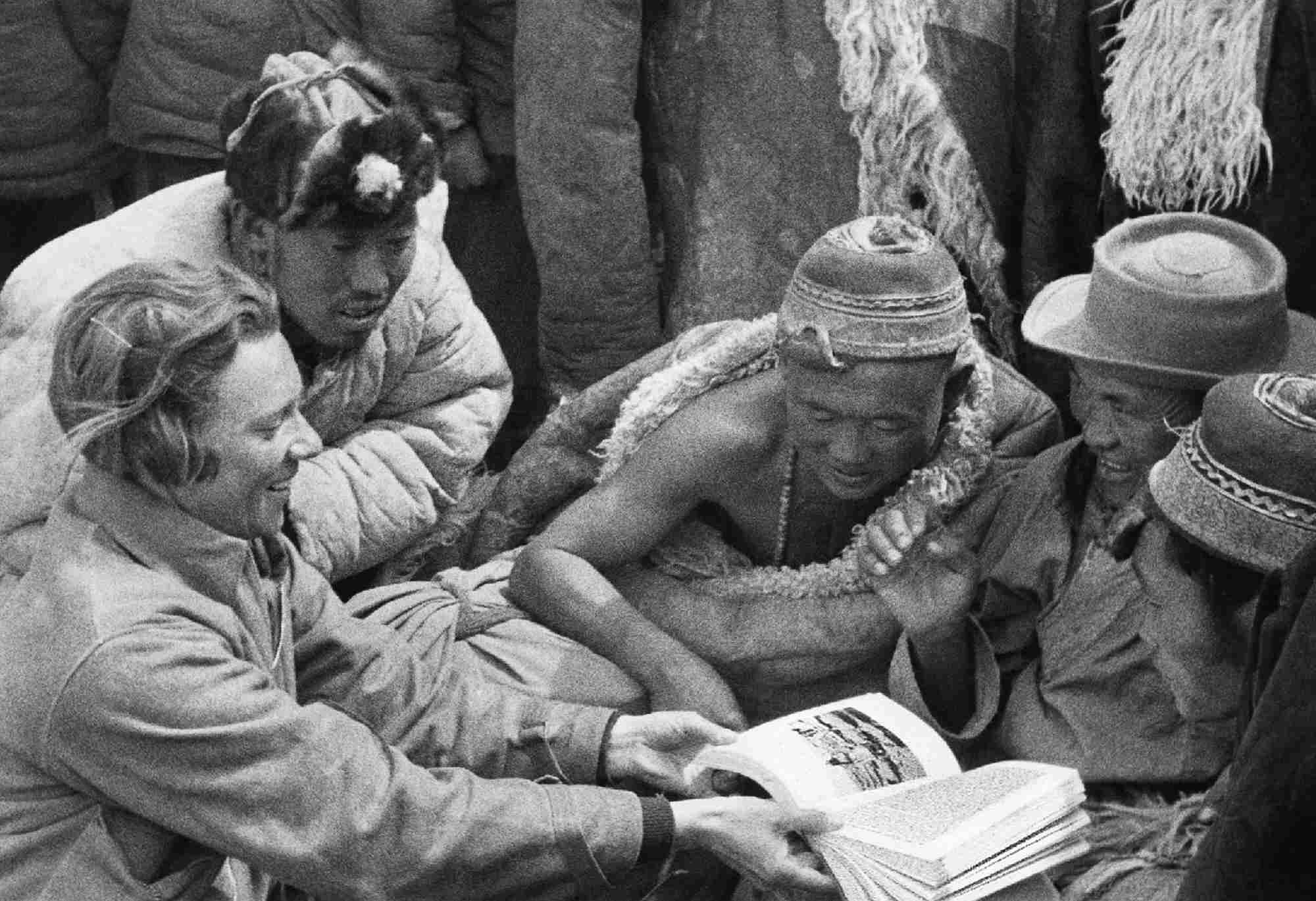 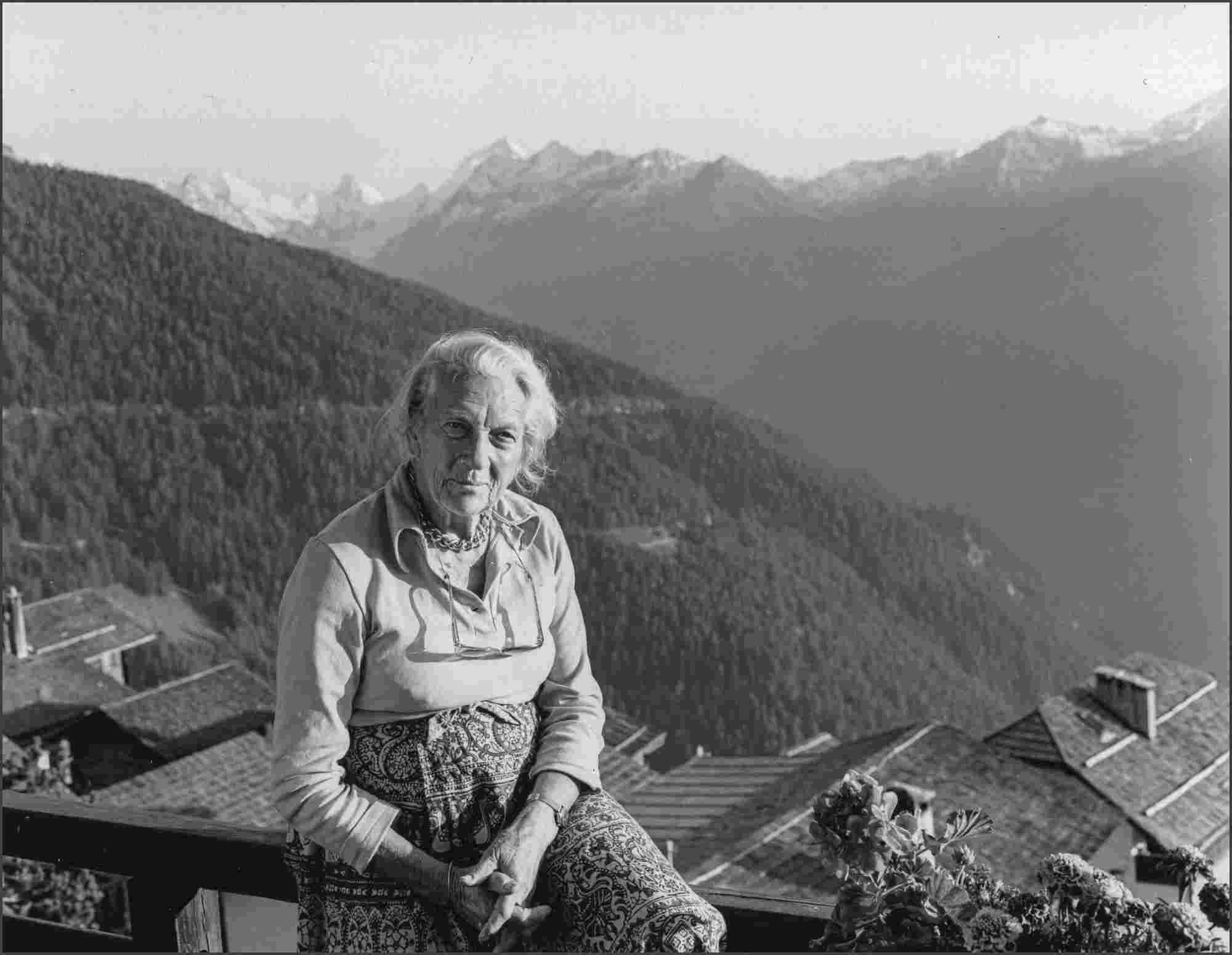 To mark the end of 2019, Château de Montcaud is hosting a two-day focus on the life of Ella Maillart, and her discovery of places not well known in the West at the time of her travels.

“The woman I mean is dressed in lambskin boots and gloved in mittens, her skin burnt by mountain air and desert winds, exploring inaccessible regions of the earth in the company of Chinese, Tibetans, Russians and Englishmen whose socks she mends, whose wounds she heals, and with whom she sleeps in all innocence under the stars … This woman is Ella Maillart.” Paul Morand, 1935 (http://www.ellamaillart.ch/bio_en.php)

Born in 1903 in Geneva, Ella Maillart was one of the most accomplished adventurers and travellers of the 20th century. Sportswoman and Olympian in her younger days, she later pursued her passion for traveling as photographer and journalist, going on to author several books on her travels around Central Asia, Russia, India and China. Two of her trips in the 1930s are particularly well documented, and tell a gripping story of travelling long before mass transport and globalisation.

In 1935 she undertook an extensive overland trip from Peking to Kashmir together with the British journalist Peter Fleming, elder brother Ian Fleming (the creator of James Bond). This voyage along parts of the silk road resulted in two fascinating accounts from different perspectives, one by Peter Fleming under the title “News from Tartary” and the other by Ella Maillart titled “Forbidden Journey” (Oasis interdites).

A few years later, in 1939, it was a trip in a Ford from Geneva to Afganistan with Annemarie Schwarzenbach, a silk industrialist’s daughter from Zurich. Schwarzenbach, nicknamed Christina in Maillart’s account of the trip, was struggling to overcome her drug addiction leading Maillart to later write in her passionate book “The Cruel Way” (La Voie Cruelle):

“A few things I learned about the moral torment Christina was going through made me understand that hunger or poverty can be less terrifying than mental suffering and anguish.” (http://www.ellamaillart.ch/bio_en.php)

They were in Kabul when World War II broke out and later split up, Maillart continuing on to India where she spent the war years.

In 1946, Ella Maillart returned to Switzerland to set up her home base in Chandolin, a small village in the Val d’Anniviers in the Swiss alps. While she spent half of the year in her little chalet there she continued to travel throughout Asia. She passed away in Chandolin in 1997. A small museum there reminds us of the life of an extraordinary woman who always went her own way with passion, curiosity and tenacity.

6.00 p.m. Concert “The Silk Road” by musical group ISHTAR
at the St-Julien-de-Pistrin Chapel in Combes.
Pre-concert apéritif at the chapel.

Introduction to both films by Bernard Müller and Anneliese Hollmann, curators of the museum Ella Maillart in Chandolin. Ms Hollmann and Mr Müller will be present after the screenings to answer questions.