A new look for the historical grotto

Château de Montcaud is surrounded by five hectares (12 acres) of gardens and park lands. On a stroll around the grounds you will discover the historical grotto hidden at the entrance to the forest behind the chateau. From here you have beautiful views of the chateau building, and its reflection in the pond. Dating back to the 19th century, this historical grotto and the ornaments surrounding it are completely artificial, and a fine example of a little-known original French craft worthy of protection – the art of rocaille, rockwork.

The art of rocaille: imitating nature.

Originating in France at the end of the 19th century, rocaille imitates wood or rock using reinforced cement. Very popular during the Belle Epoque, this trompe-l’oeil artform was used both in public gardens (e.g. the gardens of the Buttes Chaumont in Paris for example) and in private ones, such as the park at Château de Montcaud. However, the widespread enthusiasm quickly faded and the craft became obsolete in the 1930s.

There are several steps to manufacturing rocaille crafts. First, the rocailleur bends bars of concrete iron of 6 to 8 mm in diameter, giving them the desired shape. These bars are then welded or bound with wire, and this “skeleton” is covered with a mesh that will be used to hold the cement mortar. Three layers of cement are then laid, each layer having a different dosage of cement and sandgrain size. The first layer gives shape and volume to the rockery, the second, which takes longer to create, finely sculpts knots, cracks and areas without specific texture. The last layer, , is the bark layer: it is worked to perfectly imitate specific tree varieties such as birch, oak, or bamboo. In the last step, synthetic dyes or natural pigments can be used to perfect the appearance.

Back to the future

Since 2016, work has been carried out to redesign, rehabilitate and enhance Château de Montcaud’s park according to original plans from 1892, so that it can regain its former splendor. This year (2021), we took advantage of spring’s fair weather to renovate the historical grotto and its surroundings, which had been highly damaged by the years and the lack of maintenance.

In a few weeks of hard work, rocailleur Marc Colson restored the two chambers of the grotto, put the waterfalls back into service, completely recreated the bridge on the edge of the pond, and added rockwork decorations, perfectly imitating nature. Now accessible both outside and inside, the grotto is one of those hidden spots that you must not miss during your next visit at Château de Montcaud!

From incipient decay to new splendour (in pictures):

Before restoration, the grotto was not 100% waterproof, and there were holes in the artificial stalactites. The hydraulic system of the waterfalls was no longer working. Both indoor rooms were not secure, and The vault had completely disappeared in one of the rooms. 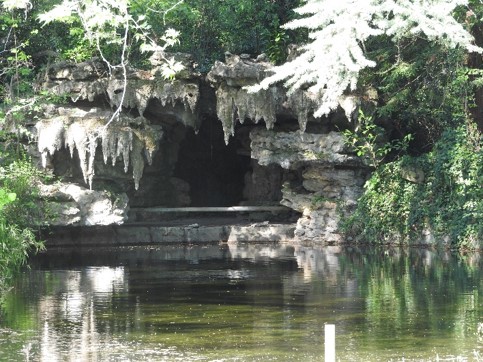 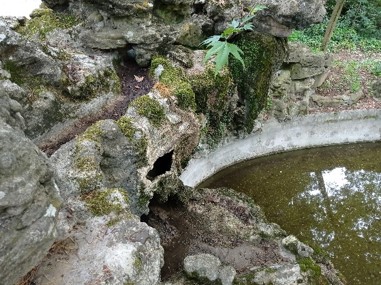 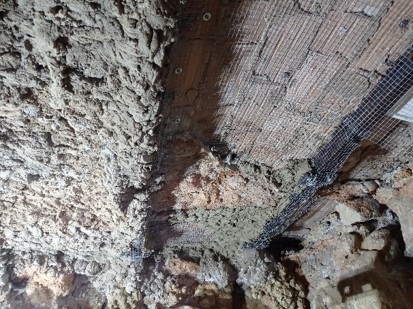 During restoration, the I-beams were treated against oxidation, the holes in the stalactites coated with stone-like mortar and the waterproofing was completely restored. 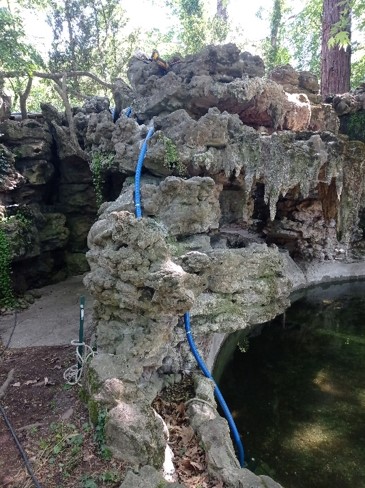 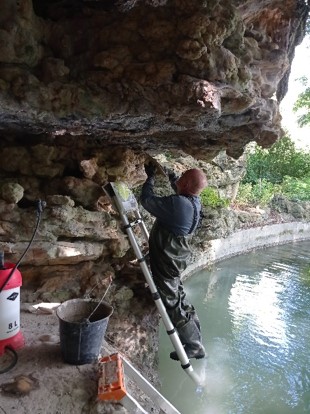 As for the bridge, it was in very poor condition: the metal structure was visible and in some places completely eaten away by the rust. After the renovation, the rockwork bridge is now back to its full glory. 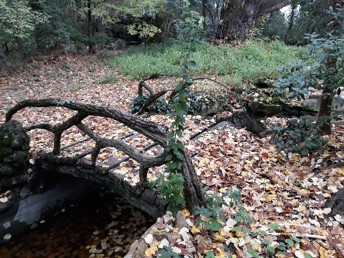 Waterfalls are also now fully functional, and new ornaments have been added to the scene of the grotto. 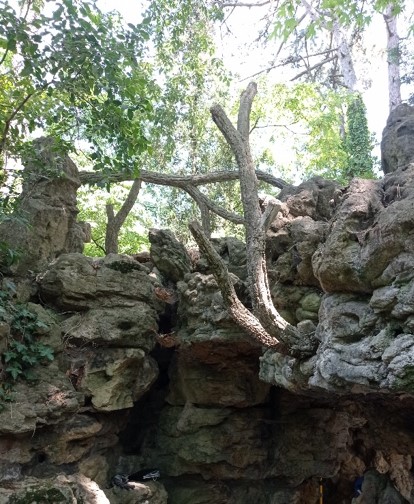 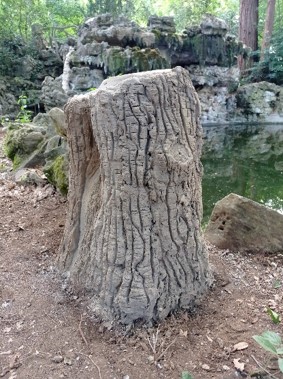